Can the Microbiome of a Honey Bee Save Humanity?

A novel probiotic taught to us by nature that can help save the bees.

To fully appreciate the magnitude of the worldwide efforts to combat the decline in honey bee health, a bit of context is required. Historically, humanity’s fascination with the honey bee dates back nearly 9,000 years, where bee colonies were managed for honey production and crop pollination. Today, the honey bee has become a fundamental pillar in society, playing a critical role in food security through providing pollinator services to crops worldwide.

In the U.S. alone, pollinator services by honey bees contribute an estimated $20 billion of value to crop production. This increase in crop value is a direct result of the honey bee’s efficient pollination of more than 100 U.S. crops, generating an increase in the quality and yield of fruits, vegetables, nuts, and forage crops. Recently challenges to honey bee health (i.e. pests, pathogens, pesticide use, and environmental factors) have contributed to a significant decline in honey bee health. These challenges have dire adverse consequences on the population of this revered insect, but also present the prospects of jeopardizing food security at a global scale. Without the honey bee, real foods at your grocery store will be forever changed. 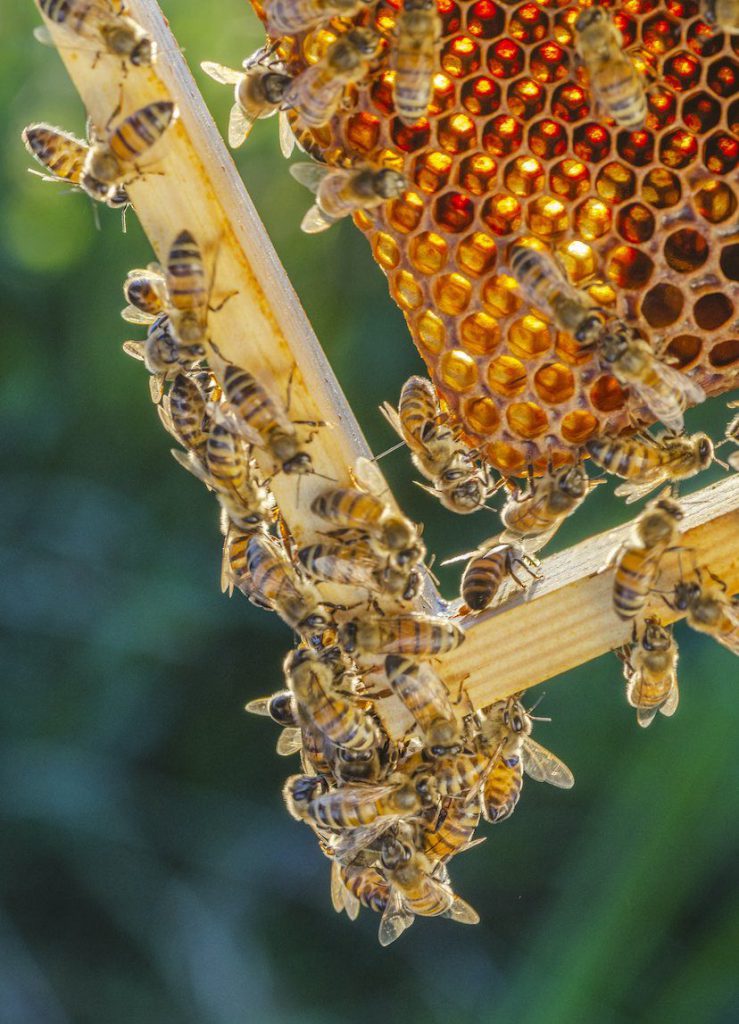 Agriculture is a $2.5 trillion industry, and the primary source of food in modern-day societies. A variety of factors including global warming, fossil fuel dependency, population growth, and extractive & depletive production models now jeopardize food security throughout the globe.  Maintaining adequate food supplies to meet growing public demand is an essential pillar of society and of the utmost importance worldwide. As 1/3 mouthfuls of food consumed by mankind is pollinated by the honey bee, these essential insects hold the keys to our kingdom.

Today, a variety of environmental factors, man made stressors, and affliction of novel pests and pathogens contribute to the recent and drastic decline in honey bee health. Additionally, to manage insect populations and prevent crop losses pesticide applications are the common solution, but these have unintended consequence by hitting unintended targets. For example, a number of studies have indicated that overuse of a common class of pesticide called neonicotinoids reduce the health and fecundity of the honey bee.

Developing solutions to improve honey bee health are underway throughout the globe. Today, through increased awareness of insect pollinator health and attempts to reduce pesticide use in agriculture – positive strides forward have been made. One area that has shown great promise for improving honey bee health is the development and implementation of effective health supplements.  Probiotics for bees.

Here at Invaio Sciences, we’re testing promising probiotic supplement mixture that is proven to increase honey bee immunity and decrease the presence of common pathogens. Unlike current products on the market, our solution is completely natural and comprises a diverse set of microbial strains natural to the honey bee microbiome.  Just as we humans have a microbiome – the collection of all microorganisms (bacteria, fungi, protozoa, viruses) living in synergy within us – the honey bee has their own microbiota.

As I write this article we’re testing the efficacy of the formulated probiotic in large-scale field trials. These tests are part of a tripartite partnership that Invaio Sciences has developed with the United States Department of Agriculture (USDA) and University of Texas – Austin. 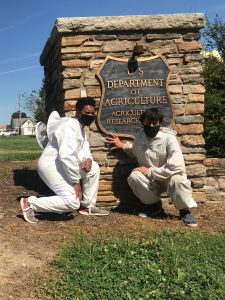 Invaio has partnered with the Bee Research Laboratory at the Beltsville Agricultural Research Center, a USDA agency dedicated to improving honey bee health to conduct the field trial. The probiotic bee trials are currently underway – being led by Lead Research Scientist Dr. Jay Evans, a highly accomplished scientist with 21+ years dedicated to studying the honey bee and the pest and pathogens that challenge their health. He has been on the forefront of developing novel solutions to improve honey bee health.  We expect test results in 2021.

The probiotic mixture being used was originally developed and initially tested by Dr. Nancy Moran, Chair Professor of Integrative Biology at UT – Austin. Dr. Moran is a highly regarded scientist and pioneer of microbial symbioses. Over the course of three decades, the Moran lab has published a plethora of high impact scholarly articles that have defined the symbiosis between the honey bee and its microbiome. Invaio Sciences has established an MTA with UT-A for the probiotic technology to perform develop mechanisms to properly test the efficacy of the probiotic in large-scale field trials, and fermentation.

"I’ve always been fascinated by insects. I can recall numerous summer evenings as a child running in my backyard attempting to track and even catch the emerald green glow of a fireflies; the exhalation of finally catching one was intoxicating." - Freddy Lee

As a R&D scientist at Invaio Sciences, I’ve been given the immense opportunity to serve as lead scientist in our effort to improve honey bee health. My intrigue for insects started early in my formidable years and continued into graduate school, where I obtained a PhD in microbiology from Indiana University. Under the mentorship of the venerable Associate Professor Dr. Irene Newton, I studied the microbiome of the European honey bee. My dissertation work contributed to the body of literature that describes our current understanding of the bacterial species that live within the honey bee gut and the functional contributions of these microbes to honey bee health. My graduate education provided me the tools to become a successful scientist, but I always yearned to translate discoveries into meaningful solutions for society. Today, Invaio has offered me the opportunity to fulfill that aspiration.

Inviao Sciences’ journey to save the honey bee has truly been a rewarding experience. As lead scientist on this project, I can honestly say that the driving force behind our collective efforts is derived from a shared desire to improve the health of the world’s most important pollinator, the honey bee. These feelings are not only shared by fellow colleagues at Invaio who have worked hard to make this project a reality, but is also true for our external partnerships. Together, we embark on a journey to change the future of the honey bee, for biodiversity on the planet, and for humanity. 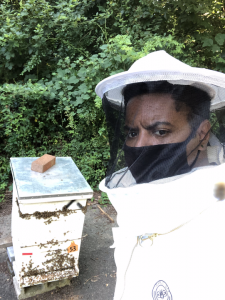 Armed with 9 years of experience studying the microbiome of animals, Fredrick “Freddy” Lee is an R&D Scientist at Invaio Sciences working towards reaching the objectives of citrus greening project, and advancing the honey bee initiative. Prior to Invaio, Lee was a postdoc at Tufts University, where he was a pioneer in a novel aspect of regenerative medicine, understanding the role of the microbiome in regeneration of damaged tissue and organ systems in the nonpathogenic flat-worm, planaria. In 2016, Freddy obtained his PhD in Microbiology from Indiana University, under the mentorship of Dr. Irene Newton, where he was awarded a NSF-GRFP fellowship studying the microbiome of the European honey bee. His research contributed to our current understanding of the structure and function of the honey bee gut microbiome, paving the way for future solutions to improve honey bee health. Fredrick is originally from Detroit, Michigan. Prior, he attended Central Michigan University, where he discovered his passion for microbes as a Ronald E. McNair fellow.